Cllr. Burgin, Chair of the Parish Council welcomed everyone to the service which was led by the Rector of Southfleet, The Rev’d Josh Young, who dedicated the memorial to all those who had given their lives in conflict in not just WW1 but all subsequent conflicts. A list of those from Bean who died in WW1 was read out and wreaths were laid.

The Memorial Stone, prepared and engraved by SSC Ltd Ipswich was purchased and installed by the Parish Council with the assistance of a grant from Cllr. Kite’s KCC Combined Member Grants Scheme. The stone was delivered and positioned by UK Lift and Haul of Southend who gave their services free of charge. 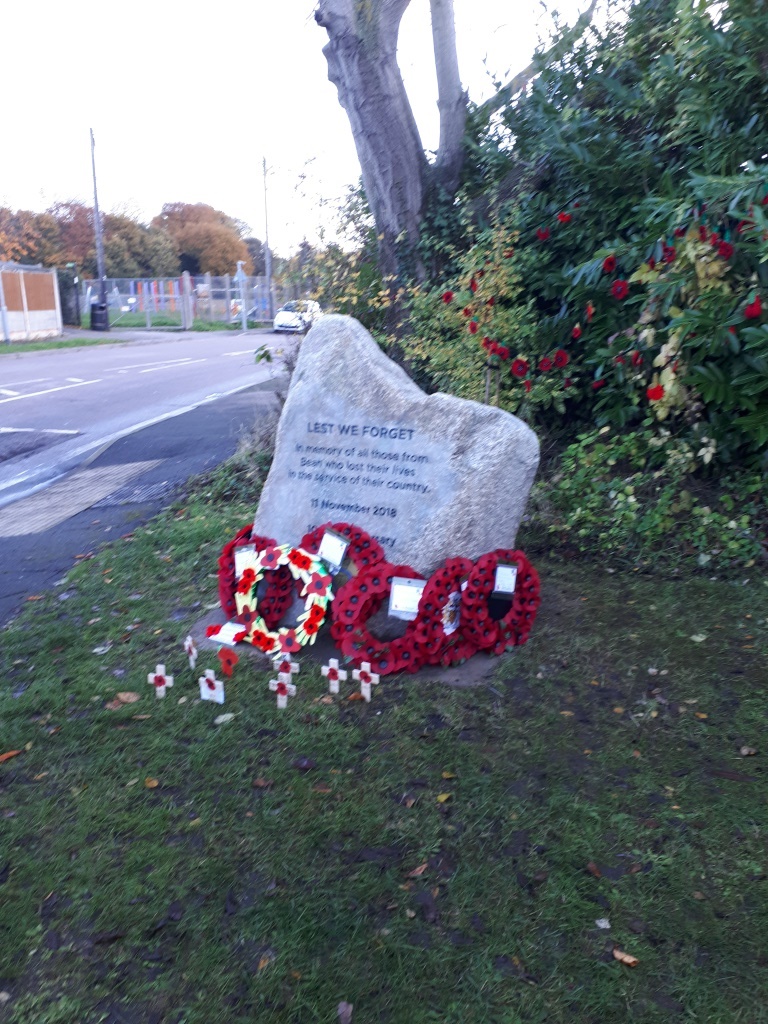